Quique Dacosta. Extremaduran by birth and Valencian by adoption, he began his career as a chef in 1986. At the age of 14 he started working in the kitchen and immersing himself in books, almost all of them by French chefs with very different culinary trajectories from the one he was working on at that time. This sparked an interest in food that went beyond sustenance alone. At 18, he began visiting Spain’s best gourmet restaurants of the day.

In 1988 he started working at the restaurant he now owns, El Poblet (now Quique Dacosta Restaurante), which initially offered Castilian food and later began to serve a selection of local seafood. An innovative new cuisine of Alicante, Valencia and Spain itself began to take shape and acquire context. Throughout the late 80s and early 90s, different culinary styles were combined under Quique Dacosta’s leadership to create a new Valencian cuisine.

Cooking brought up to date using new techniques: he wanted to lighten cooking as a central concept and adjust the cooking points of the products and preparations. To create using local products as a leitmotif of his work, and always with a window open to the world, to the cultures of other countries, their cuisines and produce as a way of enriching his expertise and what he offered.

With his foie-gras Cuba Libre (2001), Quique Dacosta began to stir up general interest within the Spanish culinary scene. Since then, he has received a multitude of prizes and awards

In 2020 Quique Dacosta was awarded with the Gold Medal for Merit in Fine Arts from Spanish Government.

In 2019 The Spanish Royal Academy of Gastronomy awards Dacosta Best Businessman in the Spanish Restaurant Industry.

2019. Five years running amongst the 10 best in Europe from OAD.

In 2013 it reached 26th place on the prestigious list of The World's 50 Best Restaurants by Restaurant magazine. That same year, Dacosta received an Honorary Doctorate in Fine Arts from the Universidad Miguel Hernández de Elche.

In 2012 Quique Dacosta Restaurante received the highest level of recognition from the 2012/2013 Michelin Guide: three stars.

Best Restaurant in Europe from Opinionated About Dining in 2012 and 2013.

The restaurant’s sommelier José Antonio Navarrete was recognised as “2012 Sommelier of the Year” by the Spanish National Gastronomy Awards.

In 2008 he received three suns from the prestigious Repsol Guide, the guide’s highest rating.

In 2007 the prizes began to pour in one after another: “Best Restaurant for Creative Cooking 2007” in the first year of the ABC prizes; first prize for  Best Spanish Pastry Chef of the Year award from Juan Sole in San Sebastian ; 1st Prize at the Fiera Internazionale del Tartufo Bianco di Alba, Italy.

In 2006, Food & Wine magazine ranked Quique Dacosta’s restaurant among the 10 best restaurants in the world and Quique Dacosta earned the prize for the most beautiful dish of the year from LMG. He also received his second star from the prestigious Michelin Guide.

In 2005, he was crowned Best Chef of the Year by the Gourmetour Guide. He was ranked among the top 10 chefs in the world and the top 3 in the country, and received the prize for Best European Chef from the International Academy of Gastronomy.

In 2004 he was honoured once more with the Lo Mejor de la Gastronomía Chef of the Year prize, in addition to receiving the Cándido Foundation Prize for Creativity.

In 2002 he received his first star from the prestigious Michelin Guide 2002/2003 and was awarded the prize of Spanish Chef of the Year by Lo Mejor de la Gastronomía (Best of Gastronomy, LMG) while 2003 saw him win the Chef of the Year prize given by Porcelanas Bidasoa (union of critics).

In 1999 he was recognised by the Tourism Board for the Best Restaurant on the Costa Blanca. And in 2000 he was awarded the Chef and Restaurant of the Year Prize from the newspaper Levante. 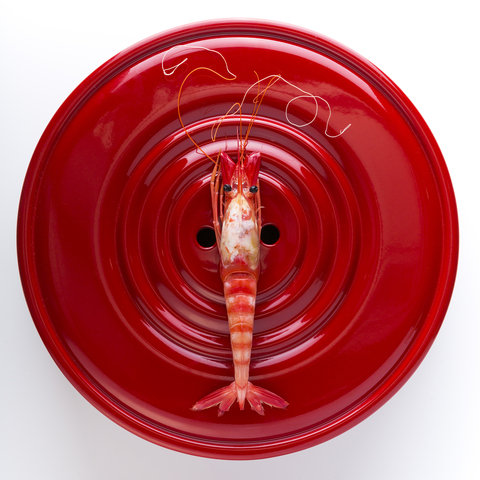 Respect for the produce

The environment that envelops and enchants Quique Dacosta leaves its mark – year after year – on the creations produced in Denia: the Mediterranean Sea and the Montgó Nature Reserve.

The year of change

2011 was the year for a change in tone, for the consolidation of a new style of cooking. During the 90s, Quique contextualised this new Valencian cuisine, from 2001 to 2009 he developed a new memory of taste with clear inspiration from landscapes and the arts, and since 2011 he has been developing this new structure for building menus and dishes, divided into acts, and series of tastings leading up to the construction of a menu that includes about 40 tapas. Valencian avant-garde innovation in ingredients, and a window opening onto the world to enrich the scope of Quique’s discourse.

Taking this year of change as a starting point, the Dacosta team created a more direct, precise cuisine of small morsels, long sips and flavourful verses, expressed by dividing into acts to allow the construction of a menu with a variety of structures: more versatile, dynamic, diverse and complex; within which Quique can imbue the full expression of those nearly thirty years of professional dedication; in which the fifteen dishes have become none so to speak; which they experimented with and developed things that others had rejected as superficial, and they constructed this new universe in which many small things add up to make a much larger whole amd something difficult to replicate.

“It is a new style, a contemporary Mediterranean style, where every part of what we are is encapsulated, with or without references. We are free, and we are rewriting the rulebook.”

In 2012, he left to one side trends such as naturalism and landscapism, the Baroque and the influence of art (to which Quique is highly sensitive) and focused on the ecosystem and produce to arrive at a much more essential point, negating the need to use too many ingredients in each dish. Tapas have a narrative role at Quique Dacosta Restaurante, representing dynamism, creativity and speed for the customer. A whirlwind of flavours, as well as textures and emotions. Technical and conceptual research based on the ecosystem and its produce, and excellence in every sense of the word.

The 2012/2013 Michelin Guide awarded three stars to Quique Dacosta Restaurante. The restaurant left behind its 2012 season, Sabor del Mediterráneo (Taste of the Mediterranean), and began 2013 with “Made in the Moon”. It remained on Restaurant magazine’s list of The World's 50 Best Restaurants.

The achievement of reaching the highest recognition for a restaurant, three Michelin stars, dominated the start of the season.

This year, Quique deliberately kept the mise-en-scène unchanged from the 2012 season to allow diners to enjoy the atmosphere that had earned the three Michelin stars. This traditionally Valencian establishment combines elegance and minimalism, warmth and fragility to represent an impressive, creative cuisine that is making the world sit up and take notice of what is going on in Denia.

“2013 was an exercise in introspection. We no longer take inspiration and our starting point from the outdoors, from nature, art and landscapes as we tended to do before (now it is something of an exception). Our inspiration lies in finding ourselves, looking inside ourselves, managing our tastes, ways of doing things, feelings, and expressing ourselves with our hearts and finding support in what we have learnt and invested in order to realise the ideas that come from deep inside ourselves,” says Dacosta.

His latest book, which takes a journey through the cuisines of his four restaurants, each one represented by twenty of their dishes or tapas. ——Buy it on Amazon, at Megustaleer or at any of Quique Dacosta’s restaurants.

The creations served during the year when he was awarded the three Michelin stars, as well as the story of that and the days leading up to the gala. —Buy it on Amazon, at Megustaleer or at any of Quique Dacosta’s restaurants.

A book about rice dishes with an approach that is radically different from anything published up now; more modern, more complete, more technical, more meticulous —Buy it here or at any of Quique Dacosta’s restaurants.

The primary attraction of this work, written by Alfredo Argilés with photographs by J. Llenas, is that it includes recipes from the two best chefs in the Valencia region —Buy it here or at any of Quique Dacosta’s restaurants.